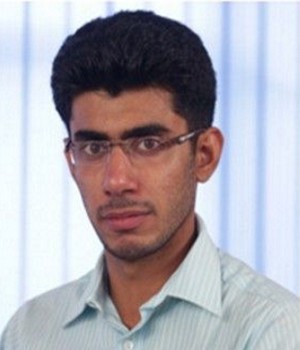 I owe my success to Nirvana IAS Academy, which under the leadership of Karam Sir, had guided and supported me throughout the last 3 years.

When I had decided to prepare for Civil Services Examination, I was looking for suitable coaching institute for General Studies and Political Science. I visited Rajinder Nagar and Mukherjee Nagar for the same, but didn’t like the atmosphere at most of the institutes there. So I started with self-studies. Few days later, I came to know about Nirvana IAS Academy through a newspaper advertisement, and attended Karam Sir’s seminar. By the time I came back home, I was clear that I would be joining this institute.

Later on, I talked to Karam Sir regarding the problems I was facing with my other optional i.e. Chemistry. Though he helped me out with that, he also advised me to consider Law as optional. I went through the syllabus and previous year papers and discussed again with Karam Sir. Finally, I decided to switch from Chemistry to Law. Today, when I look back, I would say it was a very fortunate decision to take law as my only optional, and not going with either of the optional I had decided before.

Nirvana is not just any other coaching institute where students study in huge groups, and that too in those stipulated class timings. At Nirvana, I could approach Karam Sir with any of my problems, both in person and through phone calls. In fact, he was available to us through phone calls even late at night. While Karam sir took care of Law, Polity and Current Affairs really well, Ruby Madam ensured that I keep practicing CSAT questions regularly and try to maximize my score in CSAT.

When I failed in my first attempt, it was Karam Sir who motivated me to try again with greater passion. Karam Sir, I would say, is not only a teacher he is also a friend, a philosopher, and a guide.

He was there for me whenever I needed him, and I am highly grateful to him for this.